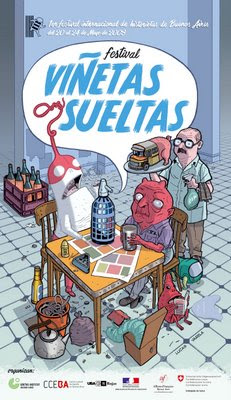 Before I left a few weeks ago, I attended a comics convention in Buenos Aires. Thomas Desscance organized the event. Receiving funding from European consulates, the convention hosted guests from Spain, France and Germany. Convention panels focused on foreign as well as regional comics scenes. Local European cultural centers hosted exhibits of the visiting cartoonists work.

I sat on a panel that Cristian facilitated about comics throughout the at the convention Viñetas Sueltas in . I’ve met more cartoonists then I could quickly rattle off, but I’ve included a brief list below with some of my favorites (and links to their websites). As in my previous entry, I am focusing on using my blog to share Latin American comics with English-speaking readers. 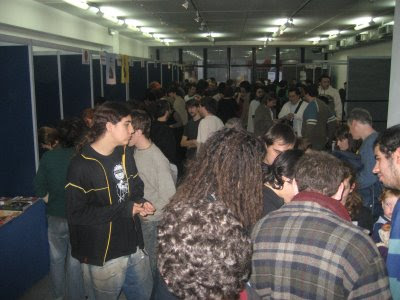 The convention floor. In addition to the row of stands on the left, there was another smaller row on the other side of the room. Impressive for the event's first year. 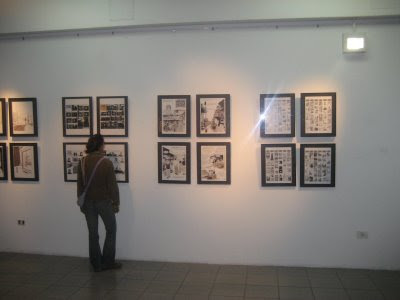 Exhibits were prepared of the work by artists visiting from Europe, both at the convention and at separate art galleries. 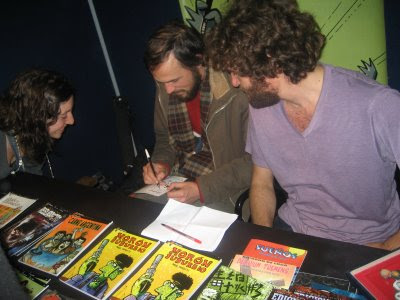 The Productora table manned by Angel Mosquito and Gervasio. 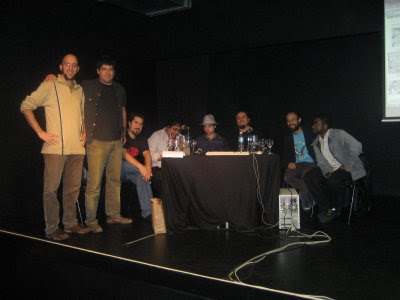 Our Pan-American panel with convention coordinator Thomas Desscance on left, next to panel facilitator Cristian Mallea. 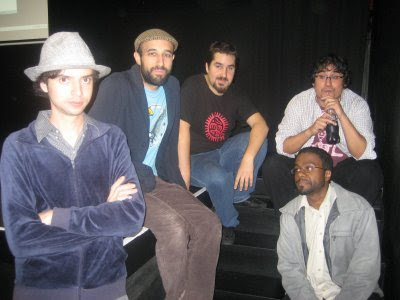 Our panel (from left to right): Joni B (Colombia), Me (USA), Rodulfo Santullo (Uruguay), Chiqui Vilca (Peru) and a cartoonist from Brazil. 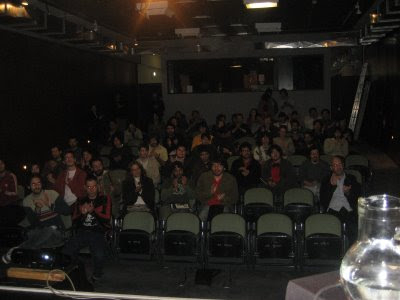 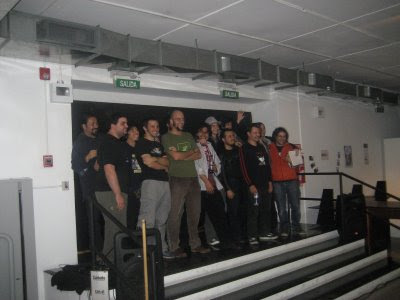 Guests gather for the farewell. 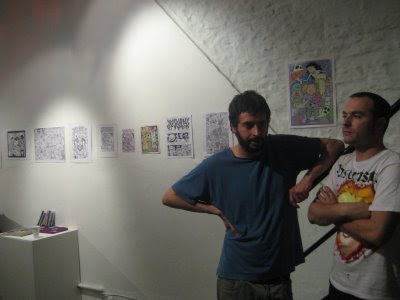 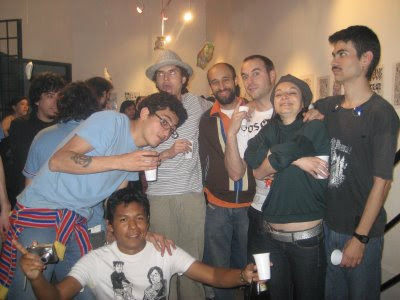 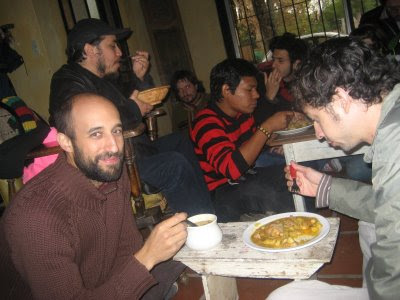 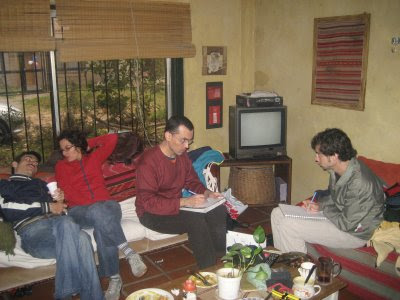